Jeahsussss, that cap! I`ve never been a cap guy. I became a cap guy a few months ago. Been constantly looking for the one cool new cap. But I´m pretty sure my search is over. I found the one. It came to me. 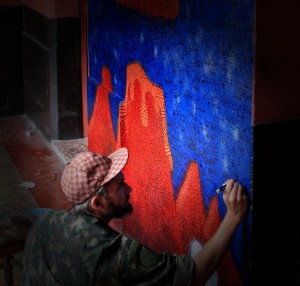 So it was my first night in Xela. Logically it was also my first party night in Xela ;). But no, I did not steal this one special cap from a drunk party guest. The party is where I met the creator of it. I met Carlo and he introduced me to his obsession. The Balloons. Sorry… I meant the Calloons. At the moment he was painting a huge Mural. I spent quite a few hours chatting with him while he created it. Even more hours have been spent studying it. Thousands of different Balloons look at you. All with different style, eyes and expressions. Quite a view I can tell you. 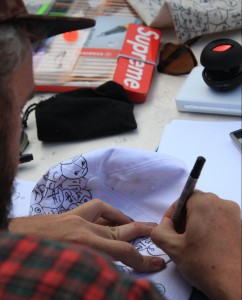 So my decision was made. I need a Goodie with those Calloons. Carlo got a good old “Jutebeutel” styled with them, but I´m not hipster enough for one of those I fear. So the next day, while trying on a cap at the local market, it hit me… oh yeah. That’s it. A Calloonizised cap! The next hours I spent running from one cap retailer to the next till I finally found an only white cap in a second-hand shop. Marco was immediately into the idea and started the next day with creating this gem. Oh my dear Callooncap, we gonna have so much fun together. Let me show you the world, lets travel. 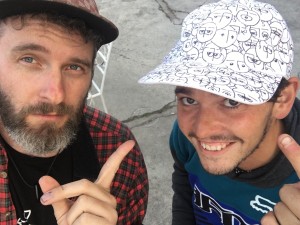